Our Story / About H&R Agri-Power

H&R Agri-Power is a farm equipment dealership with 17 locations across 6 states. We have two locations in Southern Illinois located in Vergennes and McLeansboro. We have two locations in Southern Indiana located in Poseville and Princeton. Our five Kentucky locations consist of Hopkinsville, Russellville, Owensboro, Morganfield, and Mayfield. We have seven locations in Tennessee – Union City, Lawrenceburg, Fayetteville, Newbern, Trenton and Brownsville. Our most Southern locations include Tanner, Alabama and Columbus, Mississippi. We sell and support the brands of Case IH, New Holland, Kubota, Kinze, Great Plains, Bush Hog, Krause, Unverferth, Grasshopper, Vermeer, H & S, Rhino, Land Pride, Geringhoff, E-Z Trail, Echo, Exmark, Stihl, and Kuhn. We sell used farm equipment of all makes and models. We are consistently ranked among the national leaders for the brands we sell.

At H&R Agri-Power, we believe that after satisfying our customer’s equipment needs that our job is just beginning. We pride ourselves on service after the sale. Service and parts support are the cornerstones on which our business is built. We have the largest parts inventory in the area, we strive to have the part you need – when you need it. Our parts and service departments are available 24 hours a day for all of your emergencies. In addition, our computerized parts records are used to track history on each individual part, allowing us to know which parts customers request most, and we carry manufacturers' recommended stock for new models as well.

Our customers are the lifeblood of our business. Our goal as a certified sales, parts, and service team is to address each customer's needs while focusing on their individual farming operations. In addition, we also offer consumer products such as lawn and garden equipment to fulfill the needs of homeowners and commercial users.

We have teamed up with CNH Capital, Kubota Credit, Agricredit, and Farm Credit to offer a wide variety of financing options. 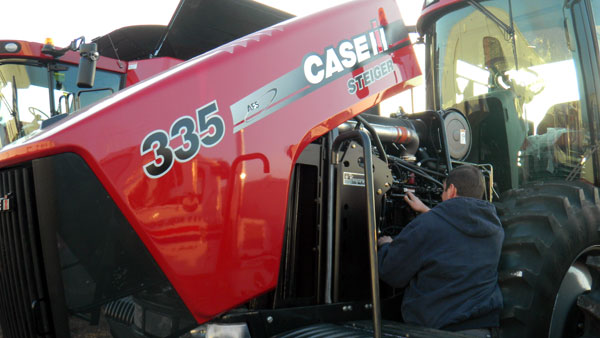 Building on more than 50 years of experience and the combined resources of our seventeen farm implement locations in Kentucky, Southern Illinois, Indiana, Tennessee, Alabama and Mississippi, H&R Agri-Power has the power to get you more.

HERE WE OFFER THE POWER TO GET YOU MORE.

More Selection – Whether you need a productive new or used tractor, combine, baler, drill, sprayer, mower or other equipment, our expert sales team works with you to match the best equipment to your unique needs and budget. With H&R Agri-Power you will thrive with tough, reliable equipment that can produce 24/7 in a wide range of conditions.

More Service – Our manufacturer trained service technicians have the knowledge and expertise to get maximum productivity from your equipment. Our parts support is second to none, thanks to the area’s largest parts inventory that helps us keep your downtime to a minimum. And best of all, H&R Agri-Power service and parts support comes to you with mobile service trucks and Parts and Service Sales Representatives.

More Solutions – We work with you to find solutions that go beyond your traditional tractor, combine and other equipment needs. Our knowledgeable Precision Ag Specialists will help you incorporate the latest technology to manage input costs and maximize productivity and our finance experts will help put together options to get you the best deal for your dollar. 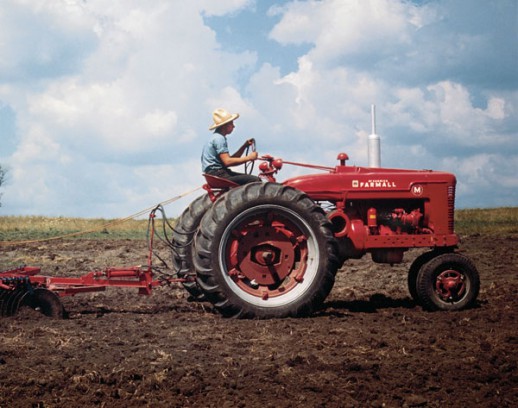 H&R Implement Co., Inc. was founded in 1959 by Dalton Hancock in Hopkinsville, KY. The first contract the company held was with Minneapolis-Moline and Oliver. Mr. Hancock retired in the late seventies when Ross and Brenda Morgan bought the company. New Holland and Ford contracts were later added.
Agri-Power Inc. was founded in 1990 when Wayne Hunt took over the Case company store in Hopkinsville, KY. Kubota and Bush Hog brands were soon added. In 1992, Agri-Power built and started a new dealership in Russellville, KY.

H&R Agri-Power was formed in 1993 by the merger of H&R Implement Co., Inc. and Agri-Power Inc. In 1994, H&R opened a third location in Owensboro, KY. It wasn’t until acquiring Bicket Equipment in Morganfield, KY in December 2005 that H&R added a fourth location and followed immediately with number five after acquiring Ford Richardson Inc. of Mayfield in February 2006. In June 2008, H&R acquired Vergennes Equipment in Vergennes, IL – the first store outside of Kentucky.

In early 2012, H&R Agri-Power acquired locations in Athens, AL and Union City, TN. In October 2012, H&R Agri-Power acquired Willie German Equipment Company with locations in Brownsville, TN and Somerville, TN. In February 2013, the Athens Farm & Turf Division moved to the store in Tanner, AL to most efficiently bring the best service to their customers.

In early 2014, H&R Agri-Power completed the acquisition of Martin Truck & Tractor. The move added an H&R Agri-Power location in Columbus, MS – the first in Mississippi.

In 2021, H&R Agri-Power acquired F.B. McAfoos & Company in Benton, IL. A division of H&R Agri-Power, F.B McAfoos is a Kubota dealership with other supporting brands.